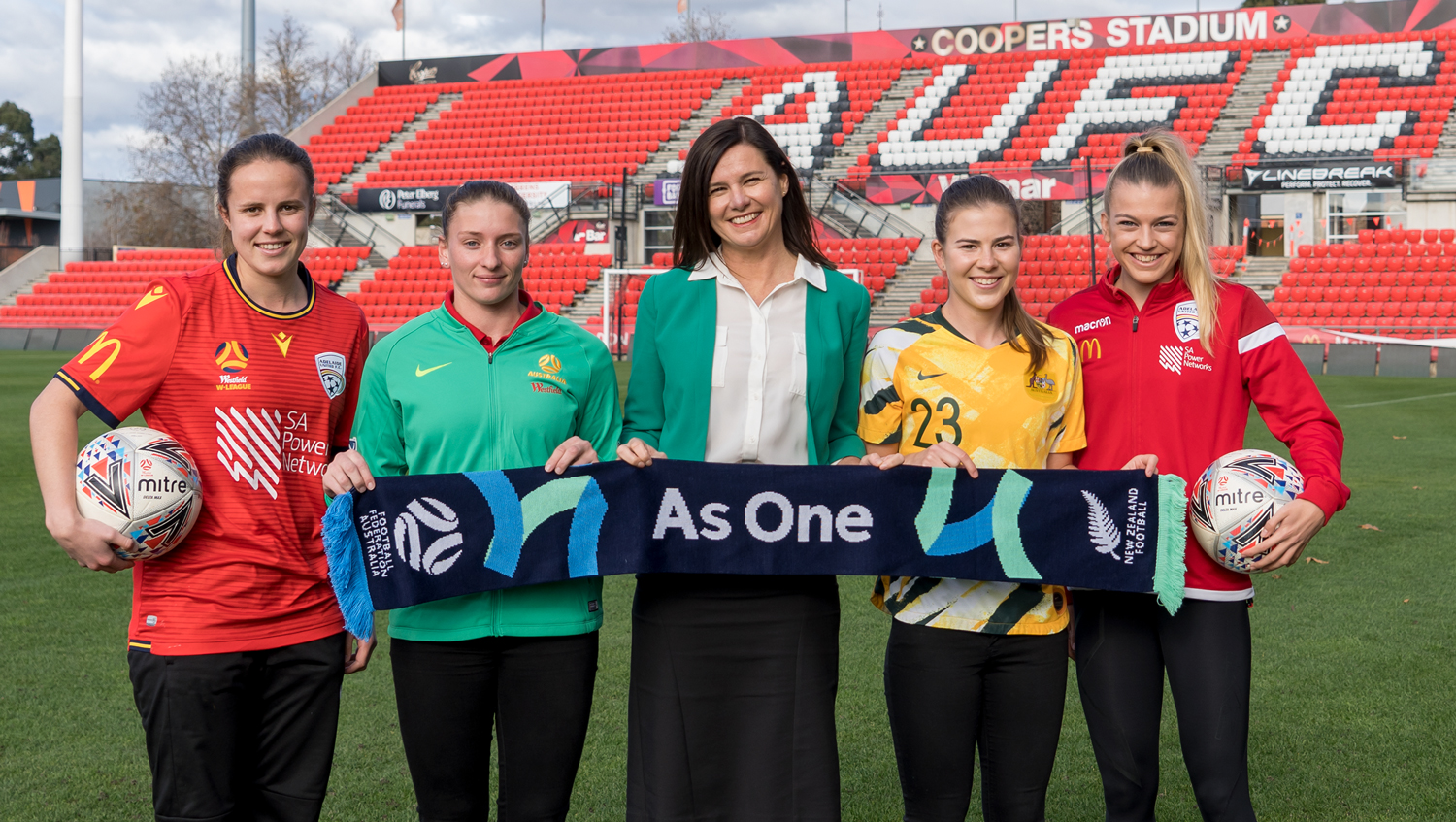 Adelaide United can announce it will establish its first Women’s Football Committee, chaired by Club Advisory Board member and Chief Executive of the Committee for Adelaide, Jodie van Deventer.

The committee will work with stakeholders across South Australia, including Federal and State Governments, corporate supporters, Football South Australia, and local football clubs to foster greater opportunities for women in football.

Speaking on the announcement, Ms van Deventer said: “Following Australia and New Zealand’s successful bid to host the 2023 FIFA Women’s World Cup™, we will strive to help inspire the next generation of local girls.

“Football is the world game, a game for everyone, and we hope to encourage young South Australian women to reach for the stars and pursue this wonderful game at a national or international level.

“South Australia is a proud sporting state and we have always contributed to this nation’s sporting history.

“With the spotlight rightfully shining on women’s football, we owe it to existing and future players to make the absolute most of this wonderful opportunity.”

Adelaide United Director and Chair of the Club’s Advisory Board, Ian Smith, said: “This brilliant idea came from a board colleague, Margaret Ralston, whose remarkable work for women’s sport has transcended a number of generations and continues to do so.

“Along with Jodie’s natural leadership skills, we see this committee continuing to strongly advocate for women’s sport, particularly football, and pushing the limits of what Adelaide United can represent for the people of South Australia.

“FIFA’s decision to award Australia and New Zealand the rights to host the 2023 FIFA Women’s World Cup™ is a stunning boost for football in this country, particularly for women.

“Having experienced the atmosphere of the FIFA Women’s World Cup™ in France last year, I have seen first-hand just how unique this chance to promote the game of football can be.

“We must take this unprecedented opportunity and inspire the next generations of female footballers, as well as use it to strengthen the image of the only true global sport for both women and men in our homeland.”

Chief Executive of Football South Australia, Michael Carter, added: “Hosting the 2023 FIFA Women’s World Cup™ will provide so many opportunities for the game nationally and in the state.

“It is critical that we maximise these opportunities.

“Women’s and girl’s football has an exciting journey ahead and this committee will help shape what the future looks like.”

The composition of the Women’s Football Committee will be crucial to its success, with the specific make-up of the committee to be announced in the coming days.