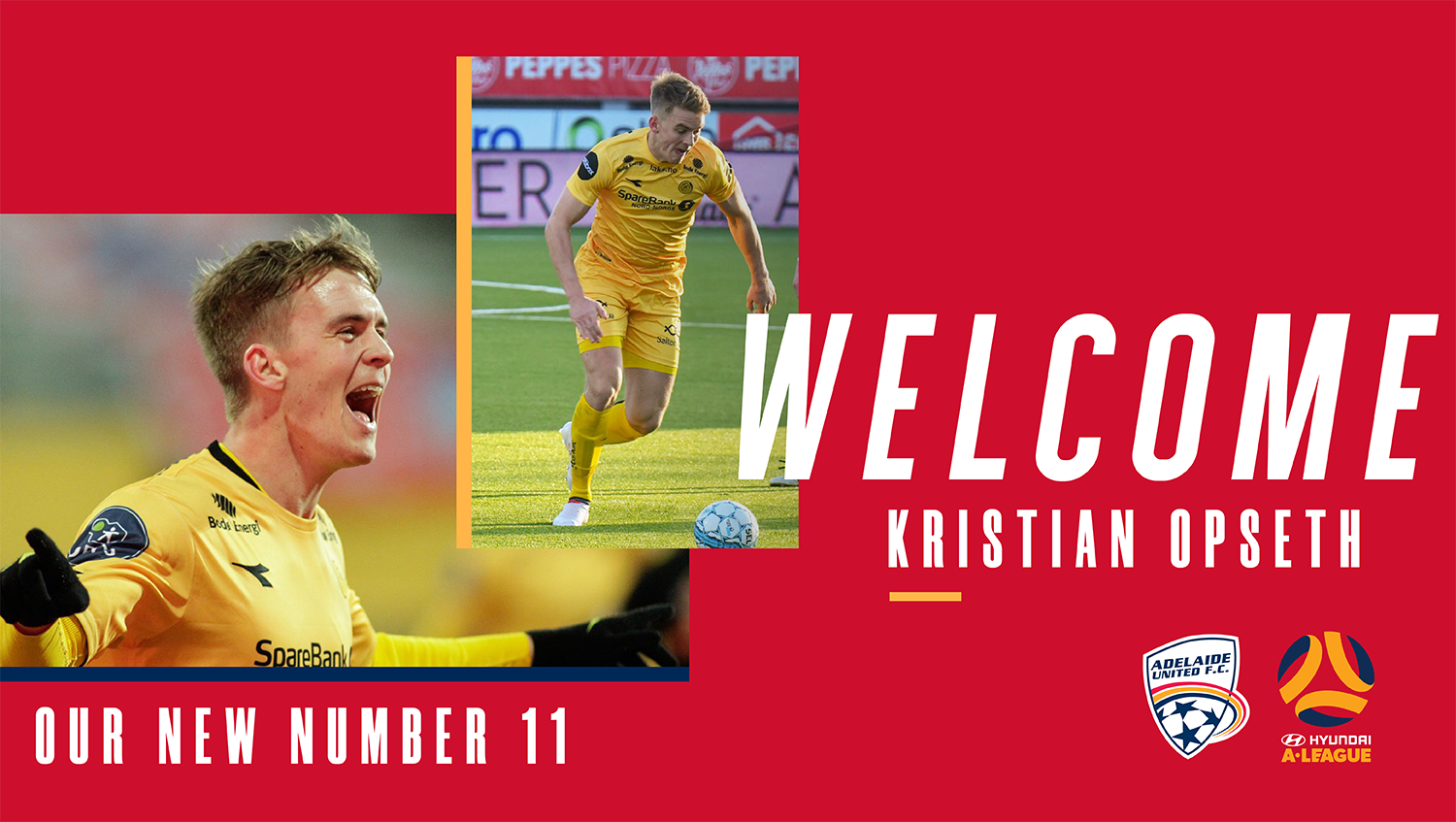 Adelaide United is delighted to announce the signing of Norwegian striker, Kristian Opseth, for the Hyundai A-League 2019/20 season.

Opseth has had great scoring success throughout his career, predominantly in his homeland and most recently at Turkish Süper Lig side Erzurum BB, scoring a total of 98 goals in 181 matches.

Standing at 189cm tall, Opseth is an imposing forward with a natural, clinical ability to bolster United’s attacking options.

Opseth earned a move to the Norwegian top-flight outfit Sogndal in 2014 after bagging 36 goals in just 40 appearances with Førde.

At Sogndal, the talisman netted 20 goals in 62 matches before an initial loan-turned-permanent transfer to Bodø/Glimt followed in 2017 where he bagged a league-high 28 goals in 30 matches.

The following season Opseth netted 12 goals in 34 matches before moving to the Turkish top flight in January 2019 where he would spend the next six months.

Speaking on the decision to sign for Adelaide, Opseth said it was an opportunity too good to refuse.

“I am very excited to be joining Adelaide United and working with Gertjan and his coaching staff,” Opseth said.

“The A-League is a strong competition and is definitely improving every season, so I’m looking forward to testing myself in the league.

“From my discussions with Gertjan, the attacking football we’ll be playing this season will suit me well and the squad we have seems to be very strong.

“This is a new experience for me, but one I think will be very enjoyable for everyone.”

Adelaide United Director of Football, Bruce Djite, said the acquisition of Opseth was another strategic move by the club, explaining: “As with our other additions to the squad this pre-season, Kristian is a signing that we have been in discussion with for some time and is a very important acquisition for us.

“Like with Riley (McGree) and Michaël (Maria), we are delighted to welcome Kristian to the Adelaide United Football Club family. Not only is he an immensely talented player, he is also a great character and will fit right into the group.

“Kristian is a goalscoring forward who is coming from playing at a very high level, the Turkish Superlig. Kristian’s attributes perfectly align with the attacking brand of football Gertjan is working to implement in the squad.

“Not only is Kristian a quality target man and a strong aerial threat, he is a great finisher.”

Opseth will wear the No. 11 shirt for the Reds and will begin pre-season immediately.