Football South Australia will join forces with the Adelaide United Football Club to raise funds for the SA Bushfire Appeal.

Football SA and Adelaide United are calling on the South Australian football family and the broader community to get behind the event, which will be held at the Marden Sports Complex at 7.20 pm on Wednesday the 5th of February. Funds raised will be donated to the SA Bushfire Appeal in support of South Australians affected by recent bushfires.

“The impact is devastating for communities who have experienced the recent bushfires and it is great to come together with Adelaide United and the football community to raise funds for those in need. The event is sure to be a good one with activities for children, raffle and silent auction with 100% of proceeds going to the cause. I thank our corporate partners, clubs, Adelaide Blue Eagles for hosting and the Football community for their support.”

“This is an important collaboration between Football South Australia, Adelaide United, and the state’s footballing community to continue the necessary fundraising efforts in support of those tragically affected by the fires throughout South Australia.

“Together we look forward to utilising the collective influence of the game in SA to make a meaningful impact for those communities recovering from the bushfire tragedy.”

The Football SA All-Stars will be coached by local football legend and 2019 NPL Coach of the Year Joe Mullen, with a combination of available players from the 2019 NPL South Australia Team of the Year and an extended squad of local talent, with all NPL clubs to be represented. 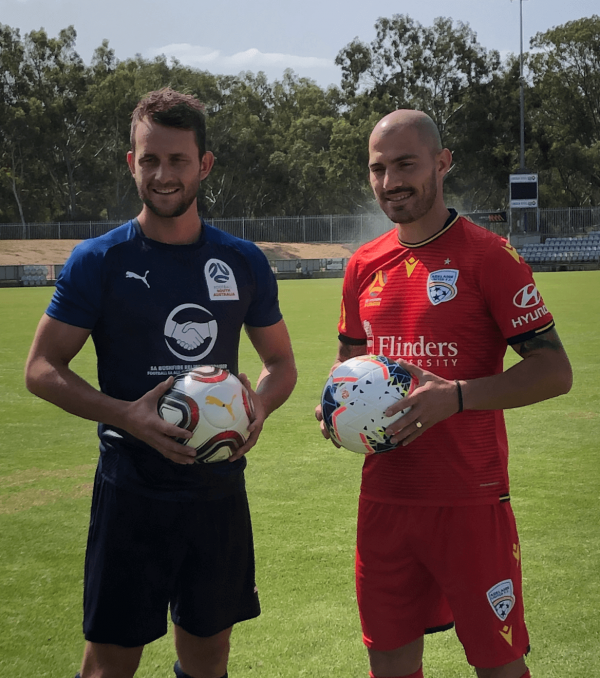 The Adelaide United XI to take the field against the Football SA All-Stars team will be coached by current Reds’ first-team boss, Gertjan Verbeek, and will be comprised of both current A-League and Youth Team players.

All tickets will be sold as general admission: adults $10 and children $5

Football South Australia extends its appreciation to the Adelaide United Football Club for supporting the event, the Adelaide Blue Eagles for providing the venue and NPL clubs for releasing players to participate in the event.

Adelaide United will wear a special one-off playing kit when it takes on Macarthur FC at Coopers Stadium on Wednesday, 14 April.  Paying homage to South Australia's iconic Mall's Balls, the unveiling of the unique jersey, designed in collaboration with the Club's Glo

Where to buy the Mall’s Balls jersey

Adelaide United's special one-off Mall's Balls jersey, which will be worn in tonight's A-League game against Macarthur FC, is now available for purchase from four locations. These locations are:  Adelaide United Store ? located on the corner of Manton Street an

Adelaide United could move into second spot on the A-League ladder with a win over Macarthur FC at Coopers Stadium on Wednesday night. The Reds are back in action after a four-day turnaround between games and determined to capitalise on its home ground advantage.